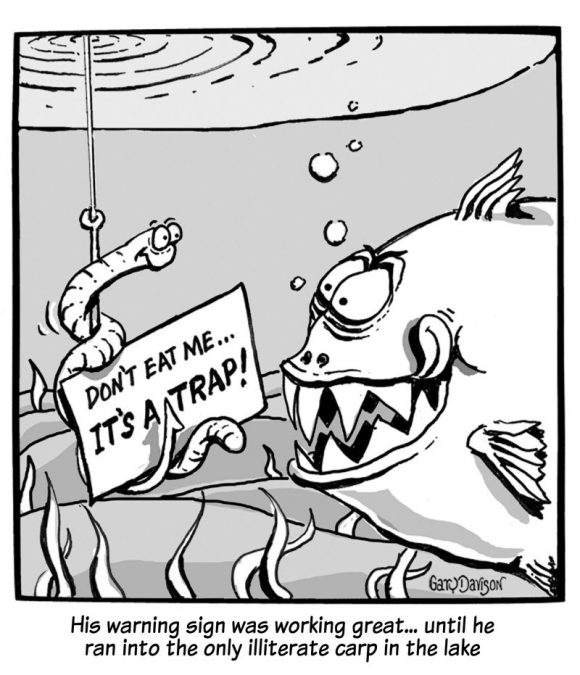 The 3-year-old twins were in a heated tug-a-war. The stuffed bear had become the single-minded object of their affection. At three, the little boy didn’t have the natural physical advantage that he would eventually develop. So for now, his sister, with pure tenacity, was kicking the crap out of him and winning the battle.

The boy gamely hung on to one fuzzy arm, as the girl, pulled him in twisting and flopping like a thirty-pound tuna. In desperation, the boy launched himself forward, sending everyone tumbling across the floor and into the base of the sofa with a thump.

From the kitchen, an ignored voice of authority called out, “Play nice!—You kids stop fighting or you’ll both be in timeout.”

On the floor, the struggle continued unabated with the toddlers wrestling for control. Suddenly the boy let out a shriek and screamed, “Sissy bit me!”

Mom rushed in and stood over the twins. The boy was laying on the floor with tears rolling down his cheeks.

His sister was sitting beside him. She clutched the teddy bear and looked up through her watery brown eyes and said “I didn’t.”

Picking up her son, she rocked him and kissed the rising red welt on his shoulder trying to make it all better. Mom then narrowed her eyes at the little girl, and scolded, “We don’t bite.”

With blood still glistening on its fangs, the spider thought, ‘but we do’, and scurried back to its babies under the sofa.

Theme by Anders Noren — Up ↑